“Heartworm disease threatens canine health with serious risks, but it is also one of the most treatable conditions with the proper prevention and medication. ” 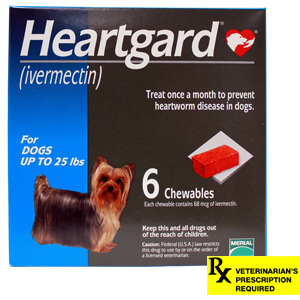 Heartgard® Rx is for use in dogs to prevent canine heartworm disease by eliminating the tissue stage of heartworm larvae (Dirofilaria immitis) for a month (30 days) after infection.

Around the world, war has been declared on that wretched enemy to all pets known as heartworm disease! As a pet parent, you are hereby appointed your dog’s Four-Star General and Commander-in-Chief of Parasite Control. It’s up to you to take preventative measures and banish this disease from your home henceforth! Heartworm disease poses a serious risk to your dog’s health and quality of life, but it is a treatable condition—with the right precautions and the proper medication.

What Goes Around Comes Around: What is Heartworm Disease and Where Does It Come From?
Of course, before taking action, it is important to know what we’re up against. Let’s dive into this disease: what is it, and how does it infect dogs? Heartworm disease begins with previously infected animals and those pesky blood-suckers we all dread called mosquitoes. Contained in an infected animal’s bloodstream are microscopic infant worms called microfilaria. When a mosquito sucks the blood of an infected animal, they contract the microfilaria, which then mature into an “infective” stage in 10-30 days. And when the mosquito bites another animal, it transfers these larvae into their bloodstream, setting the stage for the disease.

After about six months, the larvae develop into full-fledged adult worms. Both female worms (6-14 inches in length and 1/8 inch wide) and male worms (about half as big) are capable of causing catastrophic damage. Inside their new host, the worms produce microfilaria, which mature into more adult worms. Each worm has the capacity to live five to seven years—meaning dogs can harbor several thousand worms in their hearts and adjacent blood vessels.

Most dogs are diagnosed with heartworm disease between the ages of two and eight. (It is rare in young dogs since the microfilariae have not had time to mature.) Unchecked, the disease can lead to death, and even cases managed early can lead to serious health complications. The disease overloads a dog’s heart and the major blood vessels leading to the heart and lungs with worms, reducing the supply of blood to other major organs.

For this reason, it is absolutely essential that you take preventative measures.

Free Shipping on all of our Heartworm Preventatives>>

Get Your Dog Checked Out, Talk to Your Veterinarian
The American Heartworm Society (AHS) recommends annual testing as part of a complete heartworm prevention program. This allows veterinarians to catch infections earlier and hopefully provide effective management. (Sadly, AHS’s estimates show only half of dogs in areas prone to heartworm disease receive proper medication. This number is reduced further because only about 75% of canines receive all the required monthly doses.)

Puppies under 7 months can begin taking heartworm medication without being tested first. Testing should occur 4-7 months after starting the medication to determine an infection. As always, consult with your veterinarian about testing schedules and options.

An Important Canine Heartworm Test
In battling heartworm disease, the first strategy is a blood test. (A local veterinarian can perform it on-site.) If a dog is diagnosed with the disease, the vet will need to assess what stage the infection is in and look for underlying conditions—such as heart and lung damage as well as abnormal kidney and liver function. These problems will have to be dealt with before drug treatment can begin.

A vet will monitor for side effects and a dog may be required to maintain strict bed rest or short-term hospitalization to watch for adverse results. The dog may be quite sore and stiff at the injection site so the vet may prescribe pain medication. During the four weeks it takes for the worms to die, the dog must be kept from running and playing since the dying/dead worms may migrate to the heart or lungs and cause life-threatening blockage.

Monthly heartworm medication will also be administered during this time to catch other worms in development. Abnormal symptoms during the treatment like diarrhea, coughing, vomiting, and depression should be reported to a vet.

Generally, the success rate for dogs treated for heartworms is about 98% and most will not require additional intervention. A few will require another treatment if heartworm tests still indicate a presence six months after the initial injections. It can take months before a dog will have a negative antigen test.

Heartworms Present Health Risks at Every Stage
Most dogs do not show early symptoms, which means by the time it is caught it is usually in an advanced state.

Stage One-Most dogs will appear to be in good health. Blood tests may even be negative at this phase. Some owners may notice a slight cough, but nothing will seem irregular for the vet even during an examination.

Stage Two-Symptoms may have progressed enough to be detectable. Other indicators include fatigue after exercise and a lingering dry cough (caused by dying worms and fluid accumulation in the lungs). Signs of heart disease will appear on an x-ray and lab tests may show mild anemia. Urine analysis may indicate minor protein loss.

Stage Four-Untreated, this stage is fatal. It will cause breathing issues, coughing, and lethargy. A dog’s stomach may look pot-bellied as his liver enlarges and fluid accumulates in his abdomen. At this stage, the disease will have impacted other organs like the lungs, kidney, and liver. If a dog experiences the Caval Syndrome, it will collapse in shock with dark brown urine. Heartworms will be visible by ultrasound and blood work will be abnormal. Surgical removal of adult heartworms via an incision through the jugular vein is the only way to save this dog. If a dog manages to survive this emergency, further heartworm treatment must wait until the dog is stable.

Most vets agree on three things regarding preventative action: 1) follow the product’s directions 2) administer it on a safe, scheduled basis, and 3) maintain heartworm medication year-round. Cases of heartworm have appeared in all 50 states, so even dogs that live in the northern United States are still at risk. Heartworm treatments are usually priced in the $30-40 range for a 6-12 month supply.

Not sure what product would work best for you? Consult with your veterinarian to get the best possible product for your canine.

So be prepared to fight the heartworm battle by taking the offensive with veterinarian-recommended heartworm disease preventatives. Take charge of your pet’s health and order heartworm’s surrender. 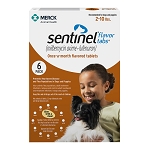 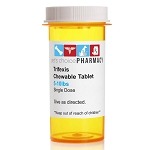 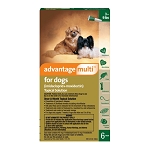 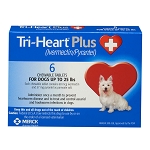 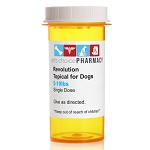