“Exposure to certain drugs, most commonly marijuana and cocaine, can have deleterious effects especially if not treated.”

The ever-increasing prevalence of illicit drugs in our society often affects our pets. Exposure to certain drugs, most commonly marijuana and cocaine, can have deleterious effects especially if not treated. Unfortunately, because of the illegal nature of these drugs diagnosis and treatment are sometimes delayed.

The primary active ingredient in marijuana is tetrahydrocannabinol or THC. This ingredient is present in varying amounts in the leaves and flowering tops of the cannabis plant. Hashish another THC containing product is the resin extracted from the plant.

Dogs are usually exposed to marijuana by ingesting the cigarettes, dried leaves, or leftover baked products containing marijuana. Sometimes owners may intentionally give marijuana to their pets to "see what happens." After ingestion, THC is rapidly absorbed and generally within 24 hours most of the THC has been excreted.

Toxicity of marijuana is low. It takes about 1.5 grams of marijuana per pound of body weight to be fatal. Therefore, death from marijuana ingested is not common. However, pets ingesting marijuana become uncoordinated and begin stumbling. Most become quite lethargic. Some may experience hallucinations. The danger with marijuana is that vomiting is common and if the pet is profoundly lethargic and begins vomiting aspiration of the vomit into the lungs can lead to severe breathing problems and even death.

Treatment of marijuana exposure usually involves the induction of vomiting to remove any residual THC and depending on the severity of the signs some pets require hospitalization with intravenous fluids. The vast majority of pets exposed to marijuana fully recover within 24 hours.

Related Article: What To Expect When You Visit The Vet >>

Cocaine exposure is not common in pets and is usually accidental. It is quite rare for someone to give their pet cocaine intentionally. Pets usually either ingest the cocaine or they sniff residue.

Cocaine is rapidly absorbed from the stomach, nasal passages, and lungs. Following exposure the cocaine usually leaves the system within four to six hours. The lethal dose of cocaine in dogs is 25 mg per pound of body weight. Pets exposed to cocaine show signs of intermittent hyperactivity followed by profound lethargy. Some may develop seizures.

Treatment is aimed at supporting the body systems. Inducing vomiting is not helpful since cocaine is so rapidly absorbed. Hospitalization with intravenous fluids and sedatives are typical treatments. Depending on the severity of illness, amount ingested, and time lapsed before treatment many pets exposed to cocaine do not survive. 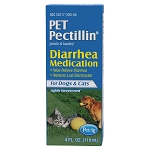 PET Pectillin
Your Price: $7.12
In Stock 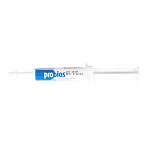 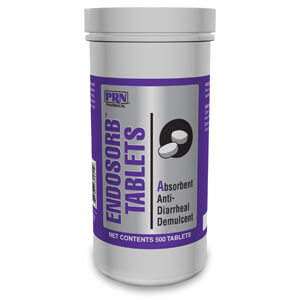 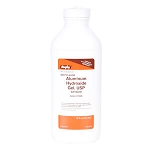 Aluminum Hydroxide Gel
Your Price: $7.99
In Stock
The information contained in The Well Pet Post articles is not intended to replace a one-on-one relationship with a veterinarian and is not intended as medical advice. If you have a health con­cern about your pets, please consult with an appropriately-licensed veterinarian. Never dis­re­gard pro­fes­sional veterinary advice or delay in seek­ing it for your pets because of some­thing you have read on this blog or in any linked materials.