Which Dog Vaccinations are Necessary?

"Dog vaccines prep the immune system for fighting off harmful microorganisms - which in turn reduces the odds of your dog or puppy becoming sick with the diseases they've been vaccinated for." 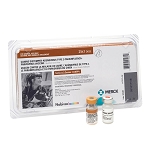 Good health is essential in maintaining a dog’s quality of life. When it comes to preventative measures for disease prevention, your veterinarian may recommend a regular dog vaccination schedule against the many diseases which threaten their well-being and sometimes even their lives. Dog vaccines prep the immune system for fighting off harmful microorganisms which in turn reduces the odds of your dog becoming sick with the diseases they've been vaccinated for. Some diseases, such as rabies, canine hepatitis, and canine distemper can be fatal, so it's important to take action as soon as possible.

Canine vaccines are grouped into two main categories: core vaccines and non-core vaccines. Listed below are some of the most common vaccines for dogs. Your veterinarian should have a complete vaccination record for your dog and can advise whether your furry friend needs any of the following.

Core vaccines are required for all dogs because they help prevent dog diseases with high mortality and morbidity rates. These particular diseases are also difficult to treat, so preventative measures are a must.

Also known as Hardpad Disease (due to the unnatural thickening it causes on an infected animal's paw pads), canine distemper is often transmitted through airborne exposure (such as sneezing and coughing). Early symptoms include watery, pus-like discharge from the eyes, fever, coughing, lack of energy and appetite, and vomiting. As the disease continues to spread through the animal's body, it can cause head tilts, abnormal muscle twitches, convulsions, seizures, and even partial or complete paralysis. This is an often fatal disease and most dogs who do survive are left with permanent damage to their nervous systems. Quality of life is hard to maintain after an infection of canine distemper.

The transmitter of canine hepatitis, this virus targets the dog's organs, usually the eyes, liver, and kidneys. Developing in the tonsils and spreading through the bloodstream, the virus is well-equipped to overpower white blood cells (the body's natural defense against infection). Fever, lethargy, diarrhea, vomiting, abdominal pain, bruising of the skin, swollen lymph nodes, and eye inflammation are all symptoms.

Without question the most notorious disease in the animal kingdom, rabies directly affects the animal's brain which very often leads to drastic changes in behavior, including increased aggression. It can also affect the body, causing excessive drooling, lack of balance, seizures, and even paralysis. It is transmittable to humans and kills an average of 59,000 people a year. Most human casualties occur outside the U.S., but rabies is a horrible disease you'll want to avoid.

Non-core vaccines are optional preventatives which target diseases considered self-limiting or easily treatable. These are lifestyle vaccines which are usually recommended according to risk of exposure (such as geographic areas where outbreaks have been happening lately).

Although not a lethal pathogen, the canine parainfluenza virus is one of the chief causes of kennel cough among dogs. It essentially creates the canine equivalent of a common cold, with excessive coughing. And like the common cold, it is extremely contagious, hence why it's very common in kennels.

Also known as Dog Flu. Canine influenza comes in a variety of strains. Because of this, there are different vaccines designed to help prevent different strains. Consult your veterinarian about your dog's vaccination history and find out if any strains of canine influenza have been prevalent in your area.

Bordetella bronchiseptica is a bacterium, which is one of the more common causes of canine infectious tracheobronchitis, also known as Kennel Cough. The infectious bacterium can also infect cats, rabbits, and in rare cases humans. The bacterium causes inflammation of your dog’s upper respiratory system which leads to coughing and illness, which can expose your dog to secondary infections. Infected dogs usually develop a harsh, hacking cough, similar to something caught in their throat or a honking cough. Bordetella is highly contagious and easily transmitted via air or direct contact, and resistant to destruction in the environment. Certain canine facilities, dog shows, and training classes may require the vaccine due to the frequent exposure to other dogs. Bordetella bronchiseptica in healthy adult dogs typically causes only mild illness. It can cause severe illness in dogs with underlying health issues or puppies. If your dog has delivered a litter of puppies, check with your veterinarian soon after birth for their kennel cough vaccine recommendations.

Lyme disease, transmitted by tick bites, can cause inflammation of the joints and more serious symptoms such as kidney damage. Pet owners who live along the Atlantic and Pacific seaboards as well as in the upper Midwestern states should look into having their pets vaccinated against Borrelia burgdorferi, as the disease is quite common in those vicinities. Check with your veterinarian if outbreaks of Borrelia burgdorferi are common in your area. 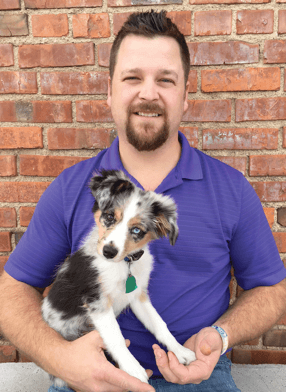 Brandon Sinn, D.V.M., is a 2010 graduate of the College of Veterinary Medicine at Kansas State University. He has a diversified background in both large and small animal medicine and surgery. His areas of special interests include: One Health medicine to provide optimal health for people, animals, and the environment; health clinics to improve quality of breeding dogs; and educating breeders and owners on all aspects of animal health.

Prior to Lambert Vet Supply, Dr. Sinn practiced in western Nebraska for two years emphasizing in purebred cow/calf operations and bull producers, as well as in a small animal clinic. He then broadened his veterinary perspective, practicing in a mixed animal practice in Kansas that included equine and cow/calf, as well as small animals where he focused on surgeries. He moved back to Nebraska to be closer to his family and their farm.

Dr. Sinn actively promotes the health and wellbeing of all animals by providing excellent client education and resources. He also provides mobile health testing to many breeders through events and at shows. A native Nebraskan, Dr. Sinn was raised in a rural area on a diversified farm raising cattle and hogs as well as crops. Outside of work, Dr. Sinn enjoys spending time with his wife and three sons. He is an avid outdoorsman, enjoys woodworking, and is proud to have made much of the furniture in his home. Dr. Sinn is also the Staff Veterinarian for Main Street Animal Clinic where he spends his days when he isn't on the road. 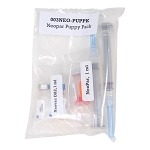 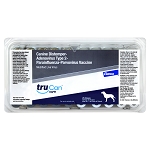 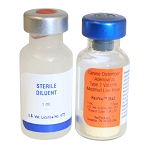 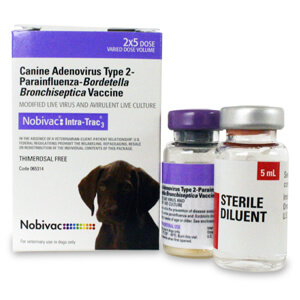 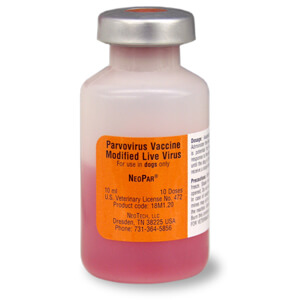 NeoPar
Your Price: $3.86
In Stock
The information contained in The Well Pet Post articles is not intended to replace a one-on-one relationship with a veterinarian and is not intended as medical advice. If you have a health con­cern about your pets, please consult with an appropriately-licensed veterinarian. Never dis­re­gard pro­fes­sional veterinary advice or delay in seek­ing it for your pets because of some­thing you have read on this blog or in any linked materials.