Endangered sea turtles suffered a massive cold-stunning event along the Massachusetts coast, followed by the historic Valentine’s Day storm in Texas, affecting thousands of sea turtles and hatchlings, resulting in an extremely large sea turtle “cold-stun”. The influx of cold-stunned sea turtles to rehabilitation centers, including Gumbo Limbo Nature Center in Boca Raton, FL resulted in a taxing time on organization inventory of equipment and supplies, including microchips for tracking rehabilitated sea turtles after release. 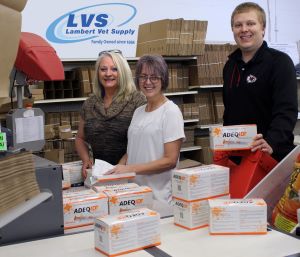 Lambert Vet Supply is excited to assist in the endangered sea turtle rehabiliatation mission through their donation of 2,000 ADEQID mini microchips to Friends of Gumbo Limbo Nature Center LLC., a 501(C3) not for profit organization which provides the Gumbo Limbo Nautre Center with financial support, additional staff support, organizes special events, and advises the Center in its development. Lambert Vet Supply is the exclusive North American distributor of the ADEQID Brand of Animal Identification Microchips and Good Boy Universal Microchip Scanners.

What is a "cold stun" in a sea turtle?

A sea turtle is a cold-blooded reptile, that relies on external sources or their surroundings to maintain their body temperature. They can control their body temperature by moving between water of different temperatures or from laying in the sun on the beach or just at the edge of the water. When a sudden cold snap occurs dropping the water temperature below 50 degrees, the sea turtles suffer from lethargy caused from decreased heart rate and circulation, become catatonic and are unable to swim, eventually float to water surface, and may wash upon the beach. The cold-stun effect on the sea turtle can result in shock, pneumonia, frostbite, and potentially death.

How are sea turtles recovered during cold spells?

The Cape Cod phenomenon occurs annually in the fall when the water temperature cools and the sea turtles that have failed to migrate south are caught in a sudden decrease in water temperature. Wildlife Sanctuary’s along the coast are aware of the cold-stun effect upon the sea turtles caused by the cold spell and work with rescue teams who walk the beach in search of stranded turtles, which can number into the hundreds.

The historic winter storm in Texas resulting in frigid waters with temperatures plunging into the 20s resulted in the highest record of over 12,000 cold-stunned sea turtles and hatchlings at risk of dying. Recovery efforts included Sea Turtle Inc., on South Padre Island and an army of volunteers. Captains of boats would see them bobbing on the water and fill their boats with the sea turtles, while hundreds of volunteers walked the beaches. Unfortunately, not all affected sea turtles survived, which is a huge blow, but there is every indication rescued sea turtles, should do well.

Microchipping rehabilatated sea turtles assists in learning more about them.

The enthusiastic response of thanks we received from Friends of Gumbo Limbo Executive Director John Holloway was truly gratifying. In his letter of thanks to Lambert Vet Supply, Mr. Holloway stated, “On behalf of our members, volunteers, staff, and trustees, I share greetings and hope that this letter finds all of you in good health and high spirits as we enthusiastically accept the generous donations of microchips from Lambert Vet Supply. Our mission at the Gumbo Limbo Nature Center drives on our critical work with the endangered sea turtles and these microchips will have considerable impact in our work to learn more about our patients after they leave our care.” 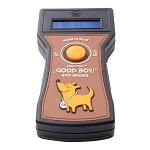 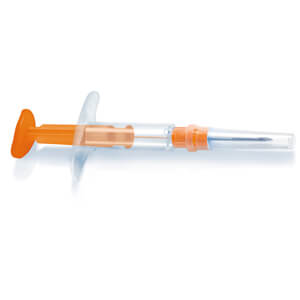 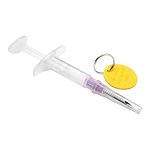 ADEQID Standard Microchip, 12mm
Your Price: $7.95
In Stock
The information contained in The Well Pet Post articles is not intended to replace a one-on-one relationship with a veterinarian and is not intended as medical advice. If you have a health con­cern about your pets, please consult with an appropriately-licensed veterinarian. Never dis­re­gard pro­fes­sional veterinary advice or delay in seek­ing it for your pets because of some­thing you have read on this blog or in any linked materials.